What makes a Good vs Bad Boss? 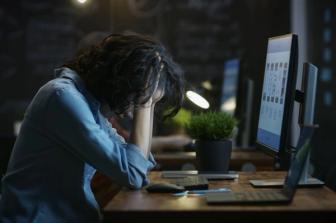 Subjective we know, but there is such a difference between good leadership and bad, with this in mind we feel it’s important that you recognize which you are under and your success, progression and opportunity directly correlate with what sort of boss you have.

Let’s start with some sad but significant facts, as you are potentially reading this because you feel like you are under bad leadership and you are not alone, here are some scary numbers:

When we chose to write this article, as a company we had no idea that the magnitude of this issue was so severe. So, we’ve decided to contribute our bit to good working people, to allow them to spot the signs then go from Authority to Authoritarian behavior and where the line is crossed and you should not stand for it as a worker, a human being and in this day of modern living.

Rather than create a hate witch hunt towards bosses and leaders out there, let’s look at this objectively that resolving the above numbers will actually result in an increase in productivity, save on medical costs and improve the general well-being of everyone, including your boss who probably has (Like all of us) lots of stress on their head and everyone knows, when a company is more successful, the likelihood is everyone in the company feels that success and happiness, including the boss, which should reflect on their mood. (Theoretically).

In our opinion, there is a huge difference between a boss and a leader, with the former giving orders and the latter leading by example.

Now understand that bosses and leaders both have to tell you what to do, but the one that leads you is the one that demonstrates the quality that inspire their team to follow in their direction and motivates. In the past, bosses have led by fear, the fear of you failing, the fear of rejection, the fear of losing your job and livelihood, so people have worked as hard as they can in the fear of these things. It belongs in the dark ages, as leaders get the most out of people by making them feel good which is far more effective, here are the traits to look out for in good leadership:

Now nobody is perfect and don’t suddenly feel your boss is not a good one is they lack one or more of the above. The reality is, you know when someone makes you feel bad, low, like a commodity and is in general a bad person to others, it’s no different to how you would expect a friend or person you know to treat you, you deserve respect and when you don’t feel like you have that, it becomes clear that leadership is failing.

Be aware, as a person that in this world, there are people from all walks, backgrounds, lifestyles, upbringings, cultures and because of this, inherently people may not always get along, it’s simply a fact of life. But it should not stop each of us from respecting our differences, as other than a title in a workplace, there is no difference between you and your boss, so with this in mind, imagine that maybe their attitude or behavior is a reflection of other troubling things going on in their life? It’s not professional to bring home to work, but nonetheless, it happens and if your boss seems to be more commanding and derogatory than normal, as a human being, ask them if they are OK? We all have pressures and stress at times, including them. The purpose of this understanding is to try and take away the personal element of ‘attack’ and degrade that people feel when they think someone who is apparently senior to them, is treating them as a lesser human being. When in reality, it’s just one person potentially venting towards another, there is no attack, no hierarchy and in reality, no one person is better or more important than the other, so don’t allow the long-standing autocracy of employment to make you feel like any lesser of a person, as it may be nothing at all to do with you as to why your boss is the way they are, it could be something completely unrelated.

Happiness, in our opinion, is the most important factor when working, as you spend such a considerable amount of your time in the workplace, there simply is nothing more important than your wellbeing. In the end, you can read all the articles you like, tell yourself as much as you like, but if you simply do not get along with your boss, maybe it’s just worth looking to new pastures.

However, that last statement is very much subjective to the situation, so here are some examples of what to do if you find yourself at this point:

If you work for a company and simply do not get along with the owner, air your feelings, and if that doesn’t work, then maybe it’s time to time to find a new gig.

If you find your line manager or someone who is one level above you in the organization hard to deal with, again try to talk about it, but if this cannot be resolved, do not despair or think of quitting just yet; we would recommend talking to another senior person (Maybe their boss) and bringing the situation to their attention. Good workers and productive members of the team are hard to find, so if that’s you, your company and seniors would sooner move or restructure than lose you, that’s for sure.

So, it comes down to your judgment, the reality is working should be enjoyable, motivating, productive and rewarding and if it’s anything less than that then find something else, as the time you spend at work, you will never get back.