Should I Bother Looking for a Job During the Coronavirus Crisis? 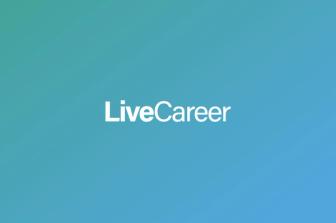 As job losses mount in the U.S. because of the coronavirus pandemic, job seekers — both passive and active — need to be smart about their next move and have strategies in place to avoid facing more job losses down the road if they choose an industry that could also be in trouble, an expert says

For the more than 30 million unemployed U.S. workers, there is no doubt that some must be looking for work. But even passive job seekers need to keep their options open by being aware of what the job market has to offer. The key for both groups is being smart about their job-search strategies, and searching for jobs in industries that will be viable in the foreseeable future.

Arran Stewart, co-founder and CVO of blockchain recruitment company Job.com, says that while hospitality, leisure and retail are currently being hit with the largest layoffs, other industries will be susceptible to losses as the pandemic takes its toll on the American economy.

“There’s no way the consumer is going to feel better by summer about jumping right back into things,” says Stewart. “It’s going to be gradual. Time will be the great healer.”

Other industries that will see fewer hirings — or even layoffs — will include finance and real estate, he says. With people cutting expenses, they will be using their credit cards less, buying fewer new cars, avoiding new mortgages, and spending less on discretionary items like clothes or entertainment, he says.Since some Wall Street investors predict that it may take two years for the economy to rebound, job seekers need to be smart about choosing jobs in industries that will be the healthiest in the months ahead, he says.

Here are four tips that can help:

1. Be ready to pivot

If you’re actively looking for work, look at how your current skills can be used in other industries. Stewart says to look at those companies that are hiring (Amazon, Safeway, 7-Eleven) and see how you can use your current skills for industries that will still be in demand as the economy tries to recover. Stewart also says that any jobs that involve online services, such as online video communications company Zoom, or robust online retailing such as Amazon “aren’t going anywhere.”

When looking at positions on job boards, look in industries that are growing right now, such as drugstores, grocery stores and delivery services. Also consider virtual job fairs, which many employers are offering in place of traditional job fairs in order to avoid crowds. In such job fairs, you just click on the “booth” of the employer you would like to visit, get more information and even live chat with the employer.

Check out the social media feeds of an employer and their employees if you’re interested in a certain job. Are they talking about new business, or are employees complaining they are about to be laid off or they’re really cutting services? Stay connected via LinkedIn and follow companies in industries that seem a good bet — it should be clear from posts whether an industry is expecting a downturn.

Try to get more information about the job before accepting. You want to make sure it’s not a short-term gig of just a few months if you’re counting on it for the long term. It’s not clear yet how long employers will need all the extra workers they’re hiring, and you need to be well-informed before making a decision about taking the job or not. “While the government may be saying that it’s going to be OK and people will be able to get out and about again sometime soon, people aren’t that stupid,” says Stewart. “Keep in mind that the lion’s share of people are not going to rush back to the gym or restaurants or the hair salon. To get back to the bull run market we had three months ago is going to take forever.”