A Focus on Profit Is Hindering Progress, Business, and the Future 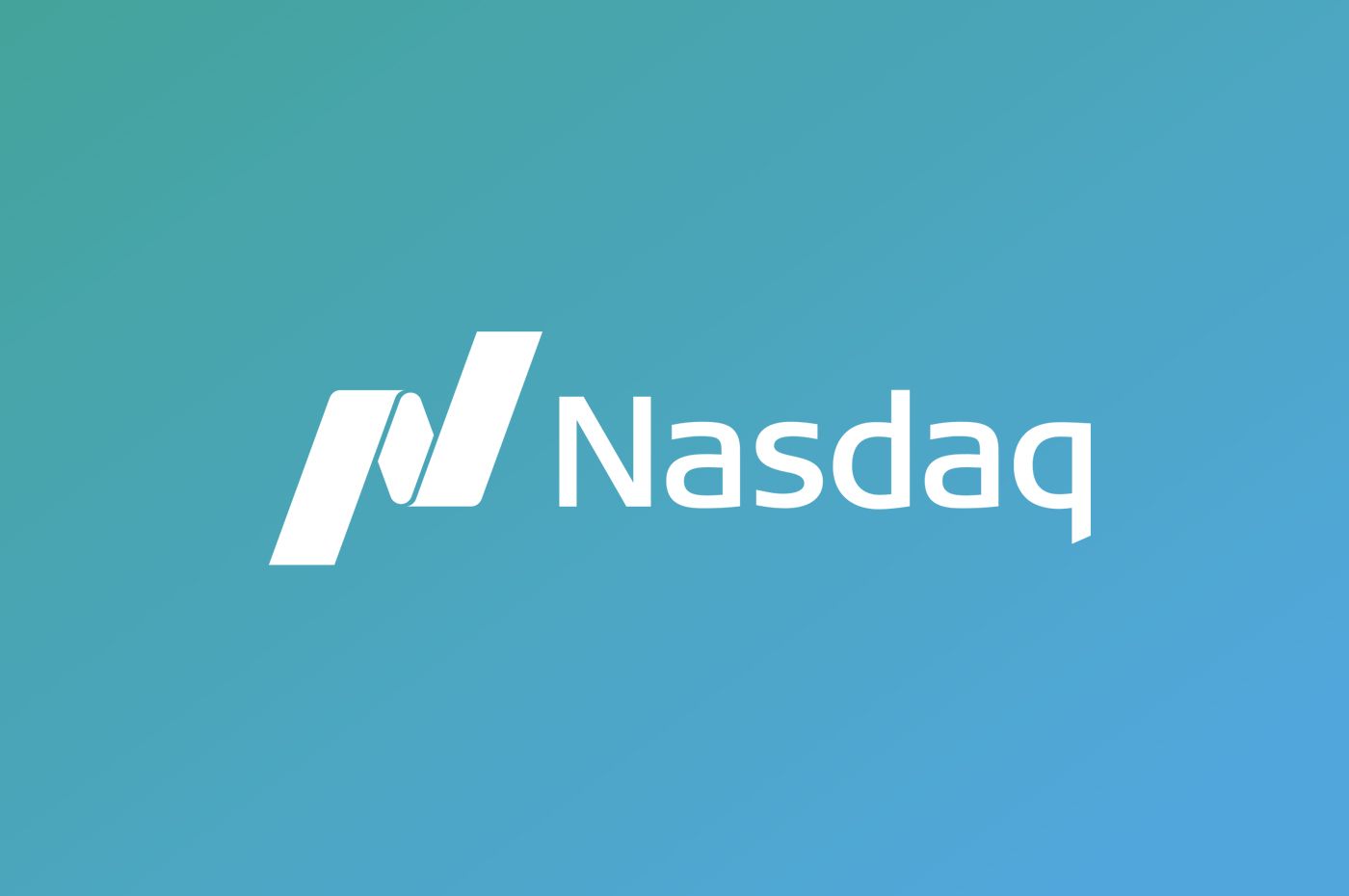 Many of the most popular public digital consumer brands, like UBER, Slack, Airbnb, Zillow, Wayfair, Snapchat, Pinterest, and Peloton, have a common denominator: none of them are profitable. In fact, Amazon didn’t see a dime of profit until nearly a decade in.

Building a hyper-growth tech company—that is, a company that rapidly gains a significant market share—is extremely expensive. Growth and acquiring markets costs money and requires major investment, especially in technology, so it is easy to understand why these kinds of companies would be losing money. This works because as long as the companies continue to satisfy the markets with continued top-of-the-line revenue growth, the share price will continue to rise, and so will the investment capital the companies receive to cover their burn.

We know that some of the most successful companies begin like this, but at what point is a lack of profitability unacceptable and the company deemed no longer viable? Any company can buy market share if it’s able to operate at price levels its competition cannot—if a company has the constant subsidy of the public markets, you effectively remove all of the competitive constraints that come with needing to be profitable. So how do we differentiate between a company that’s truly nonviable and one that has a profitable future?

With our society in the midst of the fourth industrial revolution, we are at a launching point into our digital future—one that will eventually challenge everything as we know it, from banking to politics. Which raises the question, is this revolution already challenging both the old view of capitalism as well as the fundamental point of business (as it’s understood today)? Are we in an age where profit is simply a thing of the past, where—as long as shareholders can buy and sell to gain liquidity and a stock’s value continues to rise—investors will continue to buy stock and sustain unprofitable entities with an eye toward the future?

The question we need to ask is whether it’s time to challenge the importance of profitability. Is being profitable actually necessary? We measure success over a calendar year, but some of the most innovative companies—and especially those that will fundamentally change society—are unprofitable for years and even decades. For example, the pursuit of space exploration and efforts to terraform are currently being privately funded and likely will not be profitable for decades. The thinking though is that the long term value of these incredibly expensive investments is far greater than any unprofitable quarterly performance or financial year report would suggest. The following are some of the issues with requiring profitability in order to measure success and viability.

There is no single answer when it comes to the question of whether profitability stifles innovation—it depends on the company, the industry, and the impact the business will have. Generally, profit is both a catalyst for and a product of efficiency, competition, continual improvement, growth, progress, and all the other components that make a business successful and lucrative. From this perspective, working toward profit pushes companies to be better—it doesn’t stifle innovation, it breeds it as companies constantly reinvest in themselves to remain competitive in the market.

However, in the digital era of transformation, with AI, robotics, blockchain, space exploration, clean energy, and transportation, that old model doesn’t work the same way. As technology advances at break-neck speeds, there needs to be considerable investment in the development, adoption, and scale of the technology before profitability can even be considered. The alternative is getting left behind before you even line up for the race. Requiring those businesses to set profit targets in the short term only results in reduced innovation and consequently, inferior product offerings. In other words, focusing on short-term profit can be a sure-fire path to a company that never even gets off the ground, much less stays competitive long enough to grow and thrive.

Again, it comes down to weighing the various factors of the business and its potential future impact in order to know when a business plan that forgoes profit, even long-term, is worth pursuing. The hope is that investors will still be able to see value and liquidity in the shorter term through rising share prices while also understanding where the company is headed in the distant future.

The Pursuit of Progress is More Important Than Profit

We are in an age where this statement is true, at least in the perspective of short term or annual profit. Many of the popular, unprofitable public companies are spending money on more advanced, necessary, future developments. They are investing in their future. Demanding they be profitable today simply is not conducive to progress.

The historic view of share value, dividends, and yields is less relevant today. Investors have made far more money from Amazon based on share value increases than they could have dreamed of if it was a profitable company 20 years ago. This further proves profits are no longer relevant as long as the share prices continue to grow, because investors will be happy and the lack of profits is simply a formality. Put simply, companies won’t have a future if they don’t invest in it.

How Do We Measure Success and Viability Without Profit? Adoption.

In most cases, product adoption is the driving factor as to whether a company can be considered a success. There is of course a fine line here; a company can grab up market share and continue to grow if it has the ability to operate at a value level that drives adoption. If the price of a product or service were to truly reflect the value level, would consumers still pay for it? Would we use UBER if it were 30% more expensive than it is now? What is the price elasticity for a service product and the difference between capturing market and offering the product at a price point that simply makes it a subsidized and anti-competitive offering that will never be profitable because customers will not pay for it at that price? Streaming services test this every time they raise their prices.

I believe that many of the popular, unprofitable public brands offer a value that consumers would pay more for, even to the point of the companies making money. Look at Disney+—the streaming service started out at a competitive price that has already gone up and is likely to continue to do so. Moreover, companies investing in the future will create continued product innovations and will see much larger, strategic plays come to fruition, resulting in further revenue generation and profitability.

This has happened before with companies that are highly profitable today. For instance, Amazon and Facebook, were both once subjected to ridicule when they were losing money. Both companies have transformed legacy norms such as retail and social interaction and both used adoption as their driving factor to rationalize value without the need for profit. Lastly, both used that value growth and investment to eventually lead them to better product offerings and market adoption, ultimately resulting in profitability.

We’ve Been Too Myopic When it Comes to Profit

There are societal and humanitarian needs for technological advancements and companies seeking to achieve those should be free of needing to immediately produce a profit. If immediate profit were always the focus, we wouldn’t have any of the technological advancements that we enjoy today. The long-term, tangible benefits to humanity require a system that allows for and supports free innovation—in other words, companies building the future need to be able to invest in it. These businesses will eventually be the backbone of our daily consumption, and I am confident they will eventually reach profitability.

Looking To the Future

The roadmaps for pioneering companies span into the decades. Changing behavior of consumers takes time as does catching up to old but robust technologies. Think Tesla coming into a market dominated by combustion engine vehicle producers. Since its inception in 2003, the company has had to create vehicles that are not only better than the current combustion alternative, but it has also had to wait for consumer opinions, knowledge, and desire to change and critically, for infrastructure (i.e., ubiquity of charging stations) to catch up.

During those 18 years, the combustion engine vehicle manufacturer market and innovation has not stopped. In fact, it is accelerating too, with faster, more efficient cars and greater levels of technology, which makes overtaking them an incredible feat of engineering and business prowess for Tesla. This would have simply been impossible if Tesla had been forced to pursue profitability within the first ten years, let alone the first three. But now, the company is posting strong profit margins.

How Do You Tell the Difference Between a Non-Profitable Company With a Bright Future and One That Won’t Ever Be Profitable?

There are companies that have abused the thesis behind pursuing hyper-growth over profit without having true viability of an eventual profitable outcome, nor offering a beneficial future societal impact. The best modern example of this was a fractional, short term office rental company that grew rapidly but had no present or future service offering. Nor was it the technology company it attempted to portray itself as. And it consistently lost more money than it made, a fact that didn’t seem likely to change. Moreover, it was not a company that would ultimately do or make a significant societal impact, despite its attempts to portray itself as such.

Casper Bedding is another company that continues to lose money simply to be priced competitively. It does not offer anything new, has no technology, and there is no future recurring income from its customer base that a technology SaaS company could expect. Casper is simply a fast growing brand because it has been able to operate at a price point that is not concerned with profitability. The company loses more EBITDA than its revenue growth each year, which is a clear sign that its loss market penetration strategy is not working.

Society needs to rethink profit and the real expense of trying to achieve it as we move forward. Is chasing profit worth the destruction of our forests, the o-zone layer, and the oceans? If our entire habitat is destroyed in the hunt for profit, and businesses operate with more concern for profit than humanity, what kind of future will we have built? Clearly, the short term focus on profit can be very damaging and limiting—to business, technological advancements, rapid innovation, and the future. Of course, we must create businesses that are sustainable, but our view of opportunity and the businesses we allow to exist today must also be focused on the longer term, with the future of humanity in mind. Investors need value and liquidity for the financial wheels to keep turning, and this is where the public markets can be one of the biggest assets to our progression as a planet. Investors also need to be able to realize shorter term returns and liquidity, which means businesses should be measured and valued on impact, not just multiples.

This isn’t a one-size-fits-all approach. Many traditional businesses must operate with a profit focus. Especially since these companies offer nothing more to investors and humanity than the profit they generate. Determining which camp a business falls into is in the hands of investors and the markets. Although, sometimes they do get it wrong (there have been plenty of infamous tech darlings that are highly overvalued only to see their value plummet).

I believe in humanity and our future first, profitability second. Ultimately, I think Wall Street agrees.

Read the full article at Nasdaq